It isn’t often that cables become a hot talking point in the news but it happened this past month. The European Parliament passed legislation that would make USB-C the standard connector. In other words, Apple, which currently uses its own proprietary Lightning connector for its phones, will have to start making USB-C iPhones for the EU by 2024. (Apple SVP of worldwide marketing Greg Joswiak told the Wall Street Journal in a video interview that they would comply with the ruling. Though, he wasn’t too happy about it.)

How does this affect me?

The legislation applies to all mobile device manufacturers, not just Apple, but most have already embraced USB-C for their smartphones and tablets. However, it is only binding for 27 countries in the European Union. This means Apple could conceivably splinter its production and provide a USB-C iPhone for the EU and a Lightning connector model for the rest of the world. This would be similar to how Samsung offers its Galaxy phones with either Qualcomm Snapdragon or its own Exynos CPUs, depending on the market. However, it seems much more likely Apple will switch over to USB-C completely as it is more economical.

So will I be able to charge my AirPods with the same cable I charge my iPhone?

Yes, the legislation covers ear buds as well so AirPods will also have to switch to USB-C. This means you will be able to use the same cable to charge your iPhone, AirPods and even Apple Watch as its wireless charger has already switched to USB-C. That being said, using the AirPods’ charging cable with the iPhone may not be as efficient as using its own cable.

Will this legislation lead to more compatibility with other products?

Maybe. On the surface, having USB-C for all mobile devices and accessories would make connectivity easier. However, compatibility was not the EU’s main concern. It passed the law to cut down on electronic waste of cables with varying connectors. Essentially, it comes down to how Apple implements USB-C into its iPhone.

The confusion over USB-C

USB-C is both a connector type and a specification and not all manufacturers implement the specification in the same way. To use a power and data adapter, such as a LAVA SimulCharge adapter, a USB-C mobile device needs to have the USB-C PD specification implemented.

Will the iPhone get Thunderbolt?

If Apple goes with a Thunderbolt 4 port, a cable connector interface found on some Macbooks and iPads, the phones should be compatible with power and data adapters. Developed by Intel in collaboration with Apple, Thunderbolt 4 is essentially a high-end USB-C spec, with greater video and data transfer capabilities.

However, it’s possible they’ll put a cheaper USB-C port on AirPods as they don’t have the same requirements as phones. This means their cables may not be interchangeable for anything beyond charging.

Will Apple develop a proprietary USB-C cable because they’re Apple?

When the Lightning connector came out in 2012, Apple included an authenticator chip in the cable that communicated with the iPhone. This made it difficult to use cheap, third-party cables with the iPhones – at least until that technology was cracked.

It’s not unreasonable to think Apple might try to do a similar thing with its USB-C iPhone to force customers to use their official cables.

Thunderbolt not an Apple exclusive

That being said, Thunderbolt 4 can already be found on non-Apple products, such as some Lenovo laptops. The port works with any USB-C cable. However, to take full advantage of the connectivity protocol, both devices need to be Thunderbolt 4-compatible.

Ultimately, we will have to wait and see what course of action Apple takes with its future iPhones. As Randall Munroe illustrates in this XKCD comic, efforts to develop universal standards for technology protocols often lead to a larger list of competing standards.

Perhaps this time, we will come together to break that pattern and start making compatibility a little more friendly.

LAVA Blog Highlight: How to Pick the Right Tablet 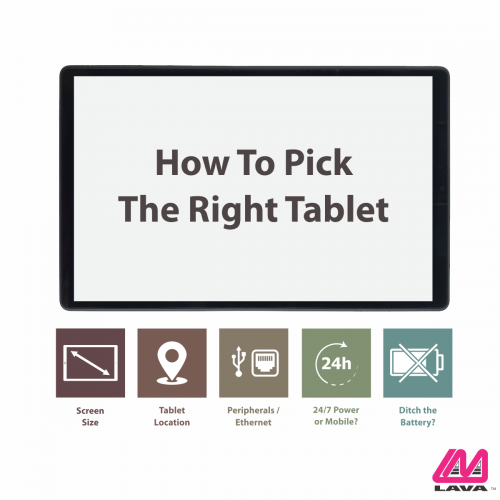 When setting up a tablet kiosk, digital signage or other mobile application, choosing the right tablet is paramount.

You’ll likely want the tablet to be inexpensive, especially if you are building more than one installation for your business.

At the same time, you will want it to be resilient enough to perform the tasks you need it to do.

Read this article to learn more about the many things you should consider when building a mobile setup for your business.

SimulCharge Around the World 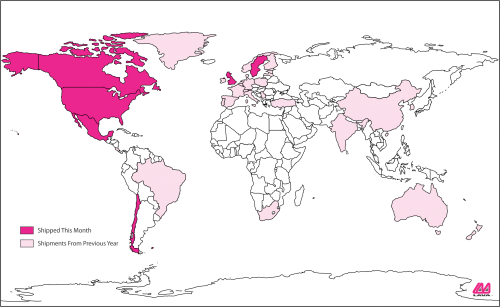 In October, we are proud to have shipped SimulCharge adapters to customers in Canada, the United States, Mexico, Chile, the United Kingdom and Sweden.