Toronto, Ontario, February 28, 2005 – PC users who need to take full control of the operating system already know using Linux as a server (or work station, for that matter) is second to none in power, stability, and security. And with the next generation of IT promising more companies leaning towards the flexible infrastructure offered by Linux for tightly locked operations (as driven by changing consumer buying patterns, more intelligent supply chain processes, and growing demand for security), there will be less tolerance for closed operating systems in mission critical environments.

But you didn’t learn Linux because it was easy. Whether you are newbie or a pro to the use of the ‘command line,’ you’ve probably figured out that only in a perfect world does technology work right out of the box. And unfortunately, finding driver support can be a lot like walking on a tight rope without a net. For the goal of making Linux easier to use for everyone, and supporting the collective best of all the developers in the open source community, you’ll be glad to know support is out there.

“We feel our responsibility to the open source community is to test our drivers against all stable releases of the kernel and address hardware compatibility issues as soon as they arise,” says Ron Jenkins, Director of Marketing. “Depending on which distribution of Linux you received, the Set Serial package may or may not get installed by default. As most common driver conflicts arise with installation, LAVA deals with compatibility matters on a case by case basis. If there are deeper issues, it goes to the engineering department to fix the problem or find a solution.”

Minicom (a popular terminal program commonly used to verify proper installation of the serial port), is one which typically does not get set up by default. To counter this, LAVA appoints lead personnel to follow trends, beta testing, publish updates, and offer support when releases become public, either through the web site, or via toll-free telephone access.

“As intersections between open source and real time business applications rise, it is more apparent than ever that Linux has to evolve in usability, specifically in the area of configuration. LAVA does what it can to support the Penguin by staying abreast of all major Linux adaptations,” adds Mr. Jenkins.

LAVA Computer MFG headquartered in Toronto, ON, Canada, designs and manufactures serial parallel I/O boards and Ethernet-to-serial device servers that are widely used in the Point of Sale, Kiosk, Gaming, Industrial Automation, Hospitality, Security and Access Control industries. With well over a million LAVA products built into workstations, servers, retail POS systems, and industrial computers since 1984, LAVA I/O boards and Ether-Serial Links are trusted by resellers, distributors, OEM’s and system builders in over 47 countries worldwide. Designed for lifetime performance, each LAVA connectivity link is tested by hand and covered by the LAVA Lifetime Warranty. 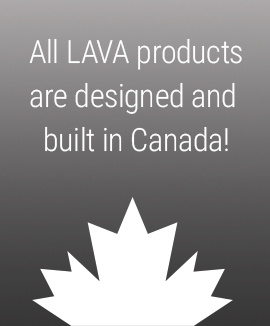