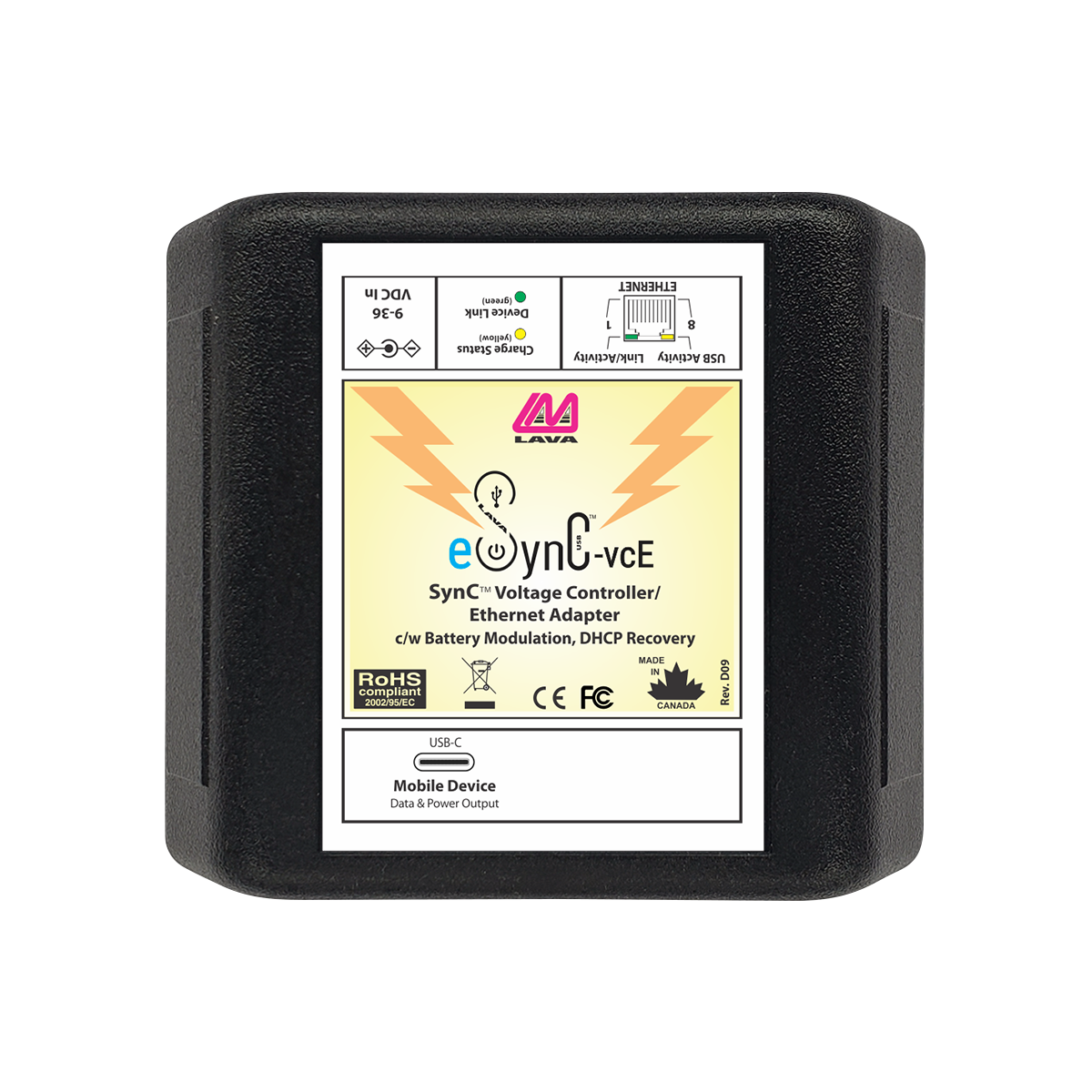 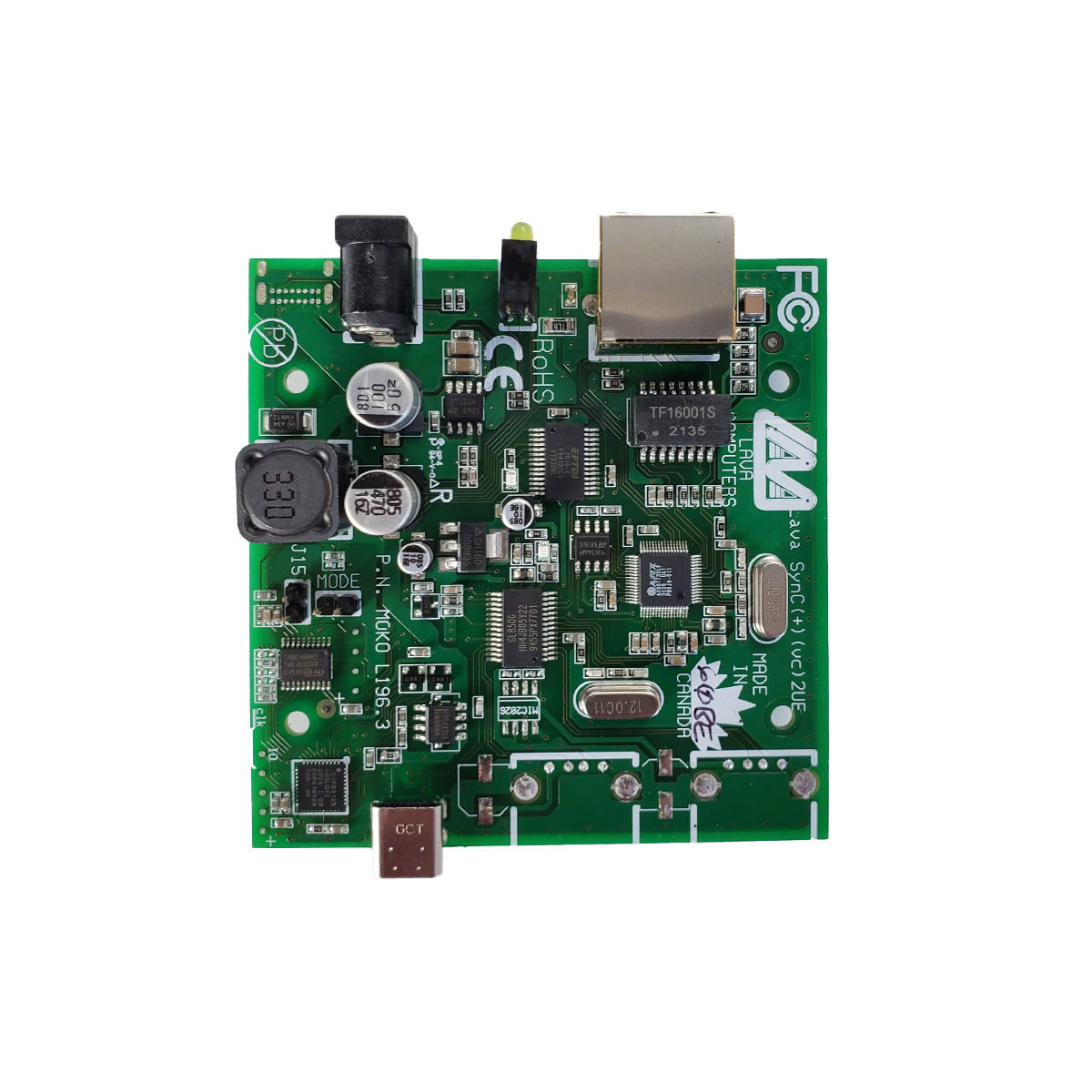 The eSynC-vcE can use an external DC power source, ranging from 9 to 36 volts. The DC-DC converter steps down the input voltage to a device-friendly 5 volts for use by the eSynC-vcE and mobile device.

The simple plug-and-play nature of the eSynC-vcE makes it an easy, low-cost alternative to Power-Only, Power over Ethernet (PoE) setups. This eliminates the need for complex and expensive Power Injectors or PoE-capable network switches, in order, to place mobile devices in isolated or far-off locations.

The eSynC-vcE’s on-board DC-DC voltage converter can take a power input of between 9 and 36 volts** and steps it down to the 5 volts required by most mobile devices. The adapter can be used to supply power in permanent and semi-permanent installations (adhering to local electrical codes) with minimal installation cost. This eliminates the requirement for a licensed electrician to install and run a dedicated AC power line. 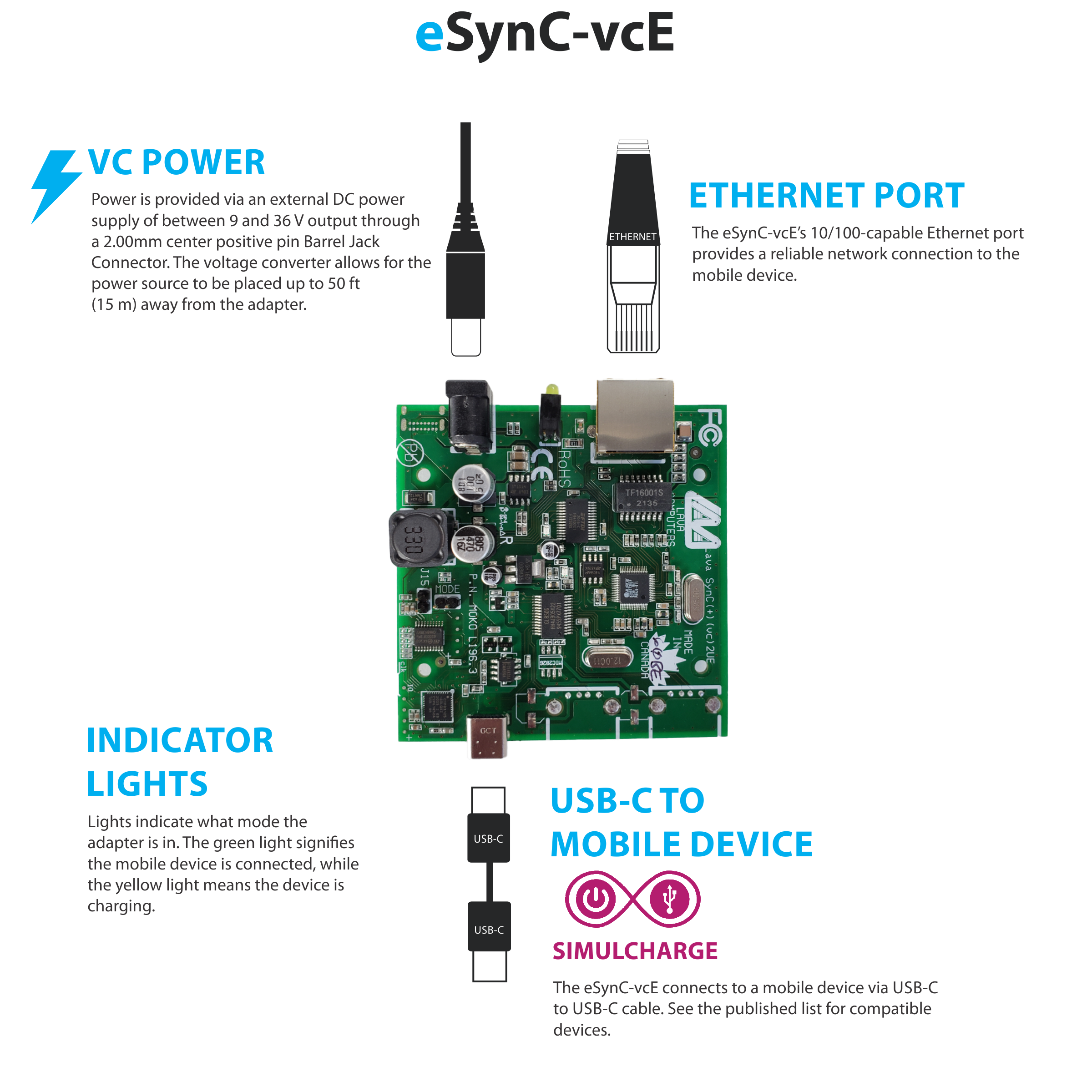 The adapter comes in a black ABS casing that protects the electronics from mild shocks and impacts, allowing it to be used in different implementations. It does not ship with the USB-C to USB-C cable required to connect the adapter to the mobile device. This cable can be purchased separately from LAVA or a third-party supplier.

*The eSynC-vcE is not compatible with all USB-C mobile devices. Please see the list of tested devices.
**The 9-36V DC power supply is not included with the adapter and must be purchased separately.

Note: The cable is not included with the adapter. 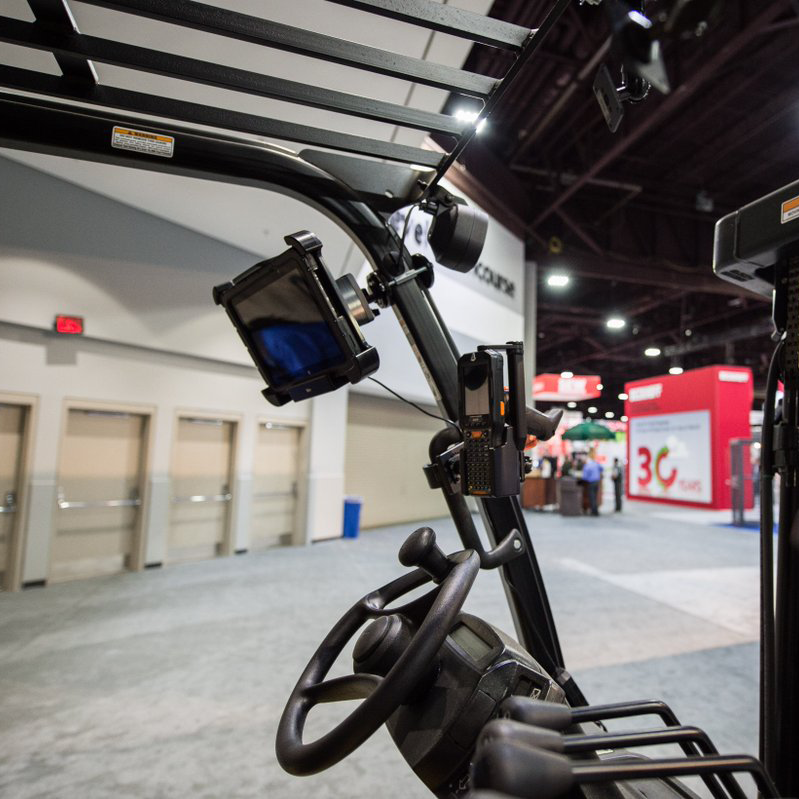 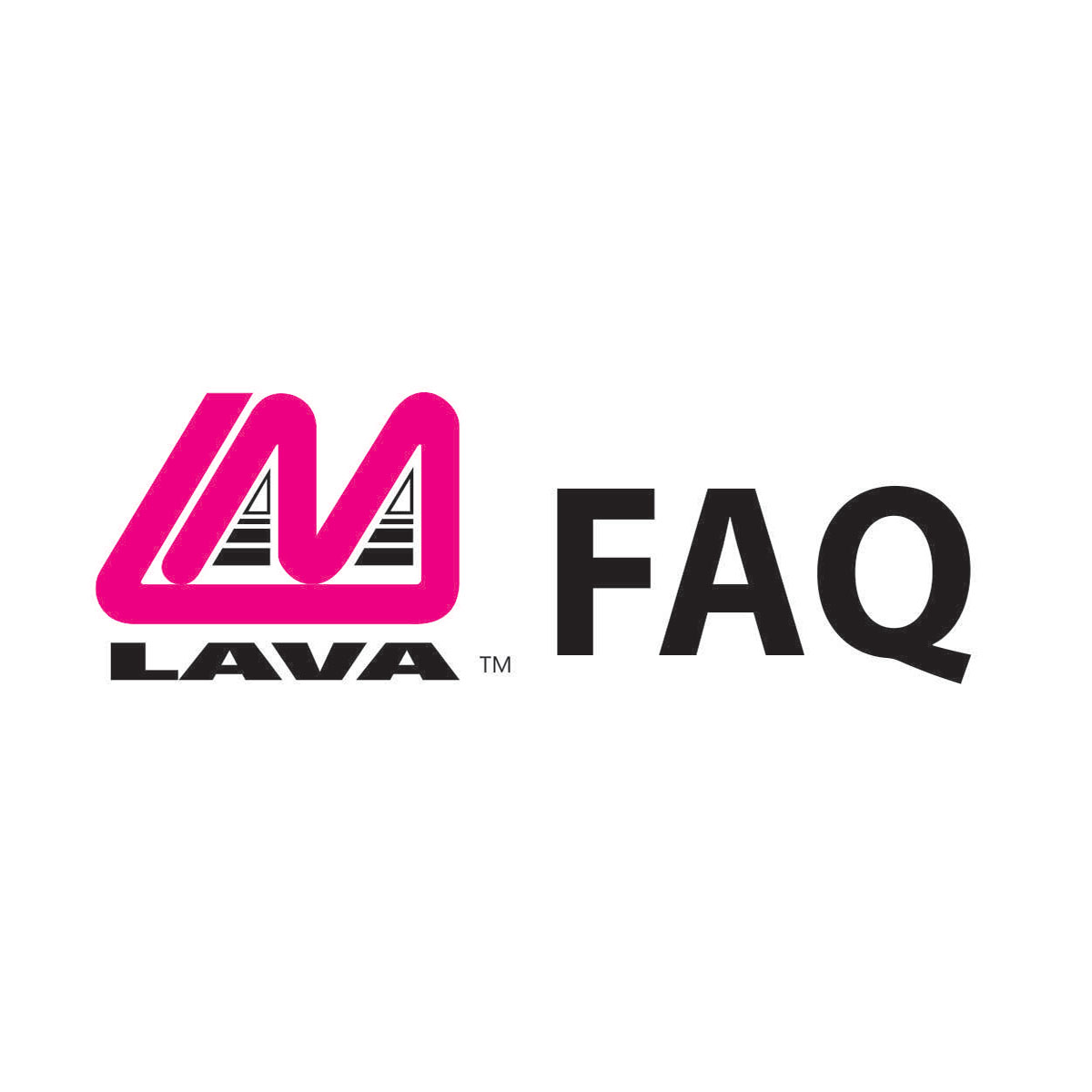 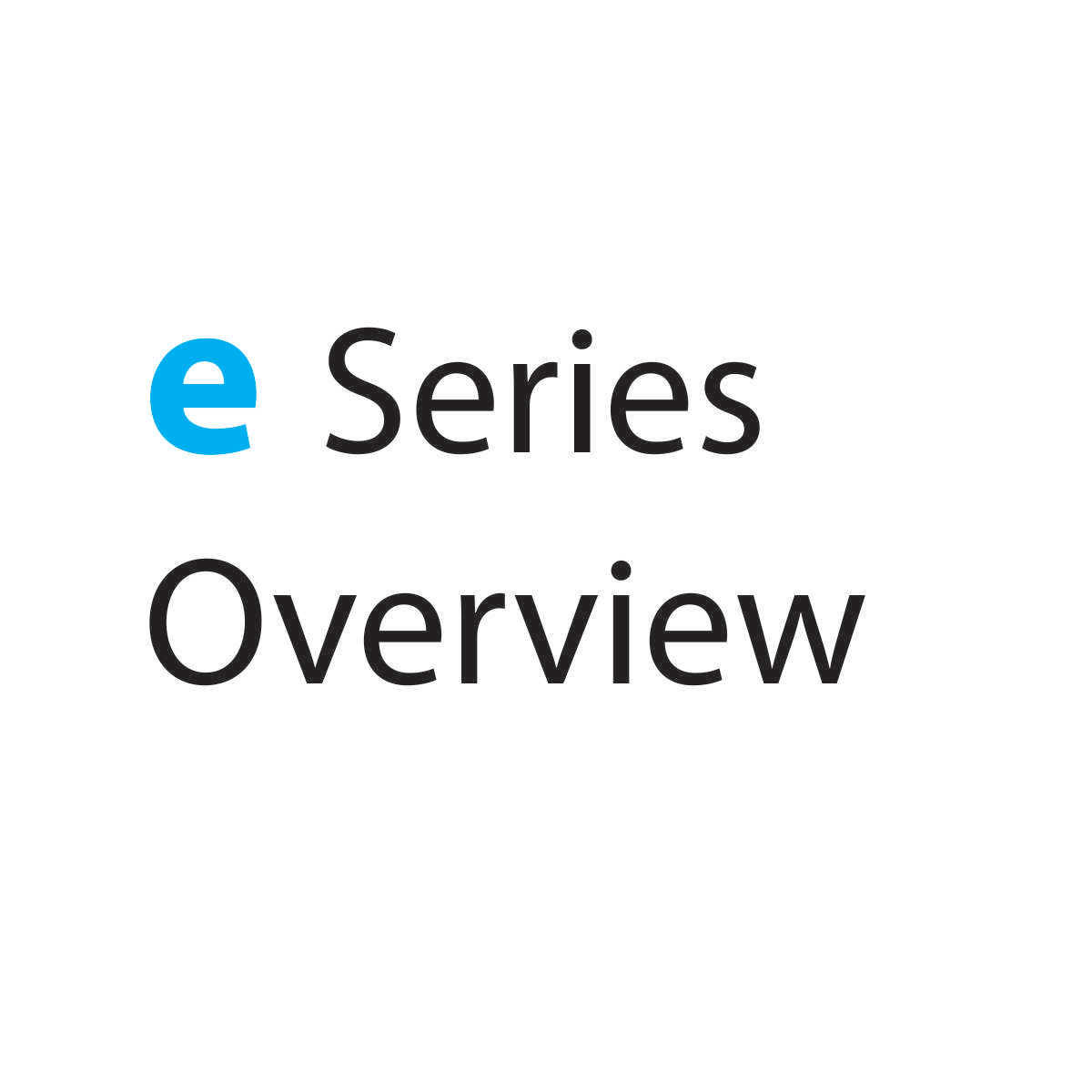